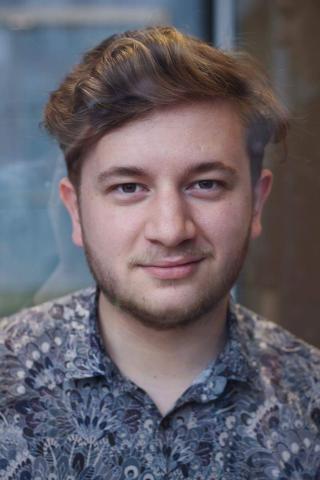 Born and raised in a small village in South Yorkshire, I first was exposed to theatre through the work of regional theatres such as the West Yorkshire Playhouse and Sheffield Crucible. It was through seeing worked produced by them and by touring productions of shows by Kneehigh and Headlong that I decided that a career in the theatre was what I was truly passionate about. My limited access to theatre also saw me turn to film as a creative interest, and this has had a significant contribution to my often visual approach to directing theatre.

I studied my undergraduate degree in Drama at the University of Manchester and it was through becoming involved in the University of Manchester Drama Society that I was given my first opportunity to direct a play, Tennessee Williams’ The Glass Menagerie. I was immediately drawn to the analytical process of directing this kind of text and working with actors on bringing Williams’ characters to life. Since that point, I have directed for the Edinburgh Fringe and set up my own theatre company in Manchester. Obscura was established as a reaction to the deluge of gritty realism in Manchester fringe theatre and focusses on bringing cinematic, fantastical stories to the stage through puppetry, visual flare, and sound design without losing focus on the actor. I directed our first show, a folk horror tale called Fell which sold out its run at Antwerp Mansion in Manchester and garnered 5-star reviews. We are currently looking into refining the show and working towards other projects.

In order to refine my process and be exposed to new ideas, I have undertaken the MFA in Theatre Directing at Birkbeck and am currently in the process of further defining what the theatre I want to make looks and feels like. As part of this process, I have just finished a role as Assistant Director on Market Boy as part of the Rose Bruford College Acting BA final performances.