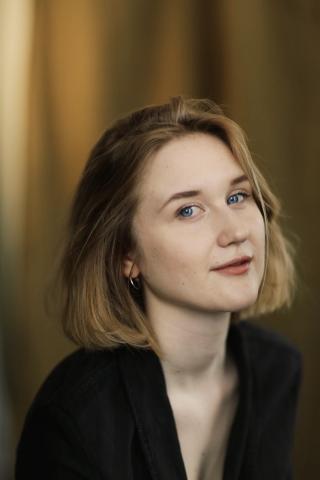 Georgia combines razor-sharp text work with immediacy, listening and presence to reinvigorate and reframe 'classics', often as a Trojan horse for contemporary considerations of identity, marginalisation and othering.

Described as "exciting and provocative, as culturally and politically relevant as it gets", her work combines aesthetics from cult classic film and theatre practice with contemporary poetics of access and inclusion to forge bold, innovative work with the audience at the centre of the action.

She is currently adapting Hamlet for feature film and attached to multiple short film projects as director, alongside work as a LAMDA tutor and Associate Artist of All In Actors.

WRITER, the girl with the cut off legs (R&D), Royal Central School of Speech and Drama, 4 weeks, 2021

Directing Theatre in the Round - Cockpit Theatre + Stephen Joseph Committee, 2021