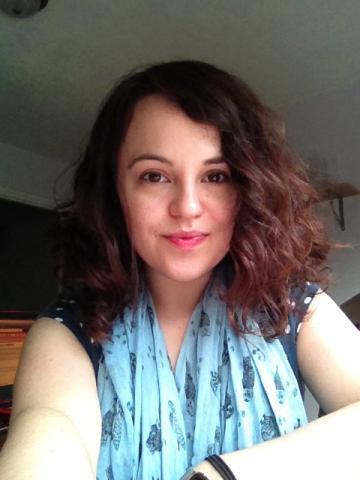 Amanda Castro is a producer who has recently joined Futures Theatre as Executive Producer. She has worked previously at Company Three, Bush Theatre, Told by an Idiot and Clean Break, as well as producing independently. Her focus is on both new writing and devised work with a particular focus on work with young people and communities.
Preferred pronouns she/her.

Producing credits for Futures Theatre: I'd Rather go Blind (Omnibus Theatre).
For Company Three: The Best Day Ever! (a play about the end of the world) (Pleasance Theatre), The Act (The Yard Theatre & Manchester Royal Exchange), Aunty (Camden People’s Theatre and tour of Community venues).
For The Bush Theatre: The Neighbourhood Project, RADAR Festival 2013 & 2014, plus Assistant Producer on Disgraced, Josephine and I, The Herd.
Independent producing credits include: Lola, Dangerous Lenses (Vault Festival), It Is Easy to Be Dead (Finborough Theatre & Trafalgar Studios) which was nominated for the Olivier Award for Outstanding Achievement in an Affiliate Theatre, Rainbow Class (Assembly Hall, Edinburgh Fringe), This Heaven (Finborough Theatre).