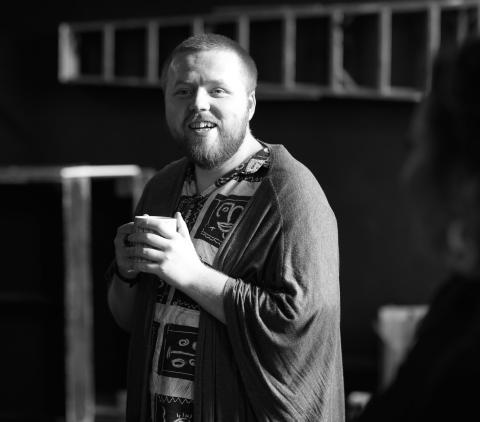 Alistair is a queer, working class artist originally from Manchester, now living in East London. In the past they have created work for places such as National Theatre, Barbican Centre, Bush Theatre, Arcola Theatre, and Bunker Theatre, amongst many others. A lot of their work focuses on themes of sickness, grief, and intimacy through intoxication.

Alistair is currently under commission to various theatres, and has several TV projects in development. They are the Head of Artist Development at the Old Vic Theatre, an Associate Artist at National Youth Theatre, and a Board Member for Boundless. Alistair is also a script reader for venues such as Bush Theatre, Theatre503, VAULT Festival, as well as The Mono Box’s PLAYSTART. They are the Artistic Director of WoLab, a working laboratory for artists to create, and are the creator and producer of the ACE-funded Actor-Writer Programme. Twitter: @alistairwilks / @WoLaboratory