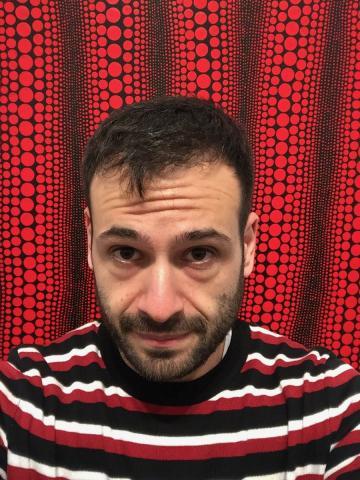 I am a theatre and performance maker currently based in Manchester. I work as a director, dramaturg, deviser and lighting designer and was involved in numerous shows and projects performing in the UK, Spain, Israel, France, Germany, Italy and Croatia.
My work explores the state of uncertainty in performance and creates visceral and physical experiences. I am also a co-founder and co-director of Fye and Foul Theatre Company, an emerging theatre company exploring sound, text, darkness and extremes. Fye and Foul's work showed at Barbican Centre, RichMix, Bristol Old Vic, BAC and HAU.

2014. One Can Work With That, Sveta Azriel, Mountview Academy of Arts, London
[Dramaturgy].