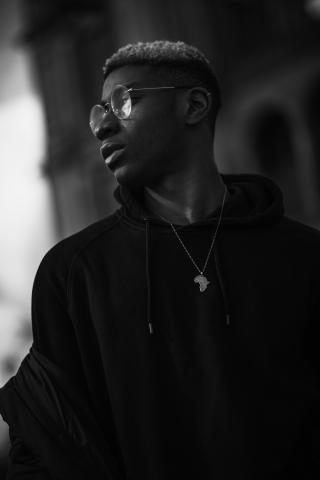 Burgeoning Creative Producer and established model, Wofai specialises in visuals and aesthetics, stemming from his fashion background. With a focus on executive acumen, bid writing and script dissection, he is passionate about interdisciplinary projects that push boundaries and challenge societal norms.

"Labels can bring understanding and clarity, their only problem is their imprecision. Tick as many boxes as you feel moved to and never limit yourself to be only the expectations others put on you"

Executive Director at Initiative.dkf, he was hand-picked for the YV Springboard scheme after taking part in the Introduction to Directing Programs (2016).

Intermediate French, some Igbo, some Yoruba, some Italian