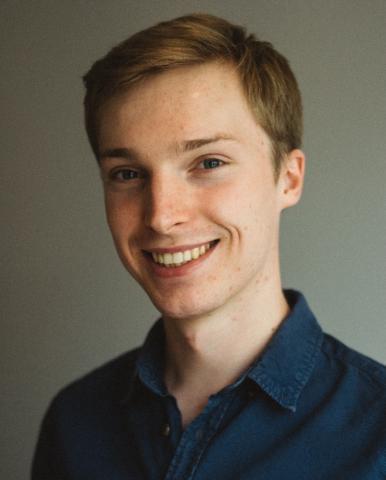 Ross is a director and theatre-maker from North Yorkshire, based between London and York. He's interested in playful and inventive theatre that encourages people to think critically and be kind. He has a background as a performer, and enjoys scripted and devised work - creating rehearsal spaces where actors can explore, experiment, laugh and test the liveness of a project.

Current member of the Royal Court's Script Panel dramaturgy programme, and a member of UNION - the Northern School for Artists and Activists (run by Leeds-based 'Heads Together').

As an actor and musician, he has and performed work at venues including Warwick Arts Centre, Sheffield Theatres, York Theatre Royal, Bradford Lit Fest, Camden People's Theatre, Bedlam at the Edinburgh Fringe, and with the National Youth Theatre of Great Britain. He has directed work with and for young people in schools and Youth Theatres.