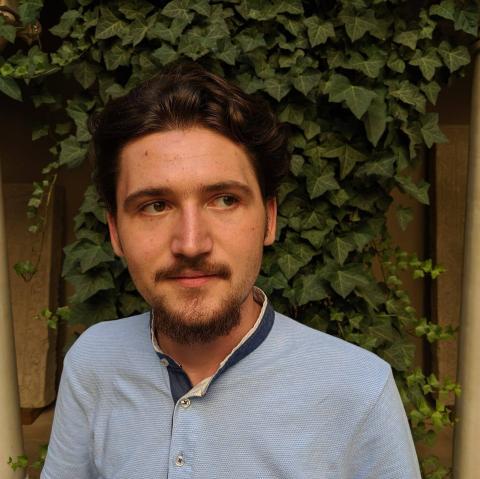 Hello, I am Valentin, 20. I currently study Theatre Directing, 2nd year in University of Arts Iasi. My passion about the theatre started in high-school, back in 2014, when I started working with a private theatre company in my hometown. Since then, my constant interest and search has been directing - how to tell a story that is alive, that is real and that touches people who are in the audience.

ASSISTANT DIRECTOR, The Body of a Woman as a Battlefield in the Bosnian War, T.A.C.T. THEATRE SIGHISOARA, 1 month, 2018

Some of the most relevant workshiops attended recently are:

Workshop "Music in Film and Theatre" by composer Marius Mihalache during the National Theatre Festival, october 2019.

Directing - An Introduction - Masterclass by Alexander Hausvater at University of Arts in Iasi, Romania