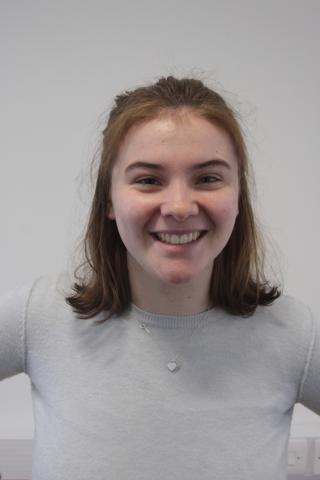 I am she/her in my second year of Sixth Form in Morpeth, Northumberland. I have performed for a long time, and spent my GCSEs and A-Levels devising and directing my groups. I started my school's Drama Society which performs shows every half-term. I write, produce, direct, present and perform in these shows, and they have taught me very much about myself and what I would like to.

From 2012 to 2020, I have performed character roles in Morpeth Pantomime Society's productions who produce four performances every January.

Attending a week-long directing course at the Live Theatre with Joe Douglas, and also watched a rehearsal for his production of Clear White Light.
Also attended a directing workshop with Hannah Banister from Shandyland at the Northern Stage.
Attended a week-long course at the Cours Florent school in Paris and have been offered a place to study Acting in English there for three years.

I am studying A Level French and have stayed with a host family in Paris, so I have a good knowledge of the language