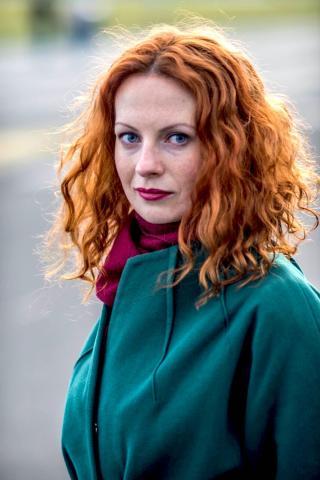 Ada Mukhina (1988, St. Petersburg, Russia, she/her) is a nomadic artist and theatre-maker, with a focus on politically/socially engaged, documentary and participatory performance. Her practices include directing, performing, curating, writing, teaching and researching. Her theatre work has been presented in the UK, Germany, the Netherlands, South Africa, the USA and Russia, and her texts about theatre were published in various languages.

She has received the International Theatre Institute and Goethe-Institute award to complete a directing internship at Rimini Protokoll’s production, CEC ArtsLink art-residency in California, Berlin Stipendium from Akademie der Künste (Berlin Academy of Arts), the Chevening Scholarship, the German Chancellor Fellowship for tomorrow’s leaders from Alexander von Humboldt Foundation. Currently she is a participant of the Laboratory for Global Performance and Politics at the Georgetown University. She is an adviser and consultant for international theatre festivals and art organisations, as well as visiting lecturer at the arts schools in Russia, the UK and the USA.

Author, director, performer in HOW TO SELL YOURSELF TO THE WEST
Deutsches Theater Berlin, Radar Ost Festival, October 7-8, 2021.

Co-director and co-author in CARIES OF CAPITALISM
The Meyerhold theatre centre (Moscow), in the repertoire, 2019-2021. Nominee for the grand prize of the Sergei Kuryokhin Contemporary Art Award 2020. Chosen for “Russian case 2020” – a special program for international producers organized by the Russian National Theatre award “Golden Mask”.

DIRECTOR, PERFORMER, LOCKER ROOM TALK
The Meyerhold theatre centre (Moscow), in the repertoire in 2019-2021.
The winner of the Black Box Residency 2018/2019 at the Meyerhold theatre center. Chosen for the off-program “Mask Plus 2020” of the most non-conventional eye-catching theatre pieces of the season (Russian National theatre award “Golden Mask”).

Director in 18TH DIARY IN A BLUE COVER WITH A TEAPOT ON IT
Laboratory ON.Theatre (St. Petersburg), 3 shows, 2015.