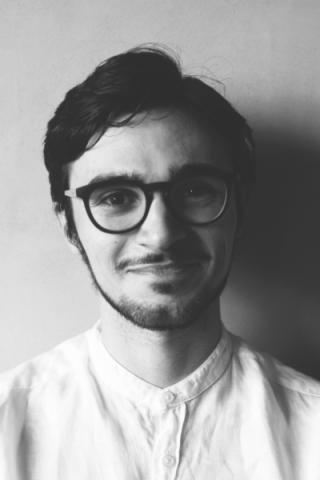 André (He/Him) is an Edinburgh-based Maltese Theatre Director, currently reading for an MFA in Directing at Edinburgh Napier University, under the mentorship of Mark Thomson and formerly, May Sumbwanyambe; after previously being awarded his Bachelor of Arts (Honours) in Theatre Studies.

In Malta, André has directed numerous works, including David Hare’s ‘Skylight’, ‘Watts in the Dark’ for the Ħolqa International Festival, A translation of Harold Pinter’s ‘The Hot House’ (Is-Serra) for Malta’s National Theatre - Teatru Malta, and an adaption of Henrik Ibsen’s ‘Peer Gynt’ with the Malta Philharmonic Orchestra.

André was also ‘Assistant to the Artistic Director of the CHOGM 2016’ and was ‘Assistant Festival Coordinator’ during the 2017 edition of EFFE labelled 'ŻiguŻajg International Arts Festival for Children & Young People'.

During the 2020 edition of Malta’s ‘National Arts Awards - Il-Premju għall-Arti’, André was awarded the ‘Young Artist of the Year’; while his originally devised and directed play ‘2.0 Watts in the Dark’, won the ‘Audience Choice Award’.

André is interested in work which feels urgent, honest and relevant; His directing style focuses on investigating and exposing the truth behind the work, with aesthetics influenced by magic realism.