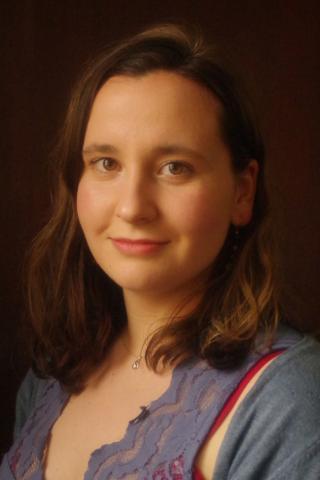 Rosie Kat (she/her) is a theatre and opera director who has worked in many cities in the UK.

Originally from Newcastle Upon Tyne, Rosie studied singing with Austin Gunn and frequently performed with Rocket Opera Company. She holds a Diploma in classical singing.

She studied Drama in Birmingham, where she established Squillo Opera Company, a group committed to accessible opera performance by emerging artists. She also participated in events run by Birmingham Opera Company and the RSC, developing her love of opera and Shakespeare. Rosie assisted acclaimed opera director Keith Warner on Scoring a Century for British Youth Opera in 2019.

Rosie spent a year working with Leeds Youth Opera, running weekly rehearsals for performances in the Carriageworks Theatre. She also set up a successful series of free weekly ZOOM workshops for young performers during COVID-19 lockdown.

Rosie studied MA Opera Directing in Cardiff under Martin Constantine and she is still based in the Welsh capital today.